It has been close to a decade since my last Windows machine. We are talking about during the days when Windows XP ruled the world. I just finished installing Windows 8.1 on an older PC that was running Ubuntu Linux server. It’s still runs Ubuntu on its own hard drive. I found an old 60GB IDE hard drive that was collecting dust.

So, I decided to add it on my PC. So, now I have two hard drives. I ended up installing Windows 8.1 on it. I can still boot to either OS. I just have to enter the BIOS setup each time, when I want to switch OS, and select the appropriate drive as primary. The Windows 8.1 installation took a while. The setup also took some time to finish. The first order of business was install Google Chrome. The second was to install Avast Antivirus.

I don’t know what the fuss is all about with Windows 8. I took me a few seconds to get to the original desktop. I heard from a lot of people that Windows 7 was better. I don’t have much an opinion for or against Windows 8. So far, so good. The only gripe I have is, I wished that old 60GB drive was quieter, but that is not Windows fault. With much ado, here’s my first post from Windows 8.1.

Microsoft is offering Office 365 Personal for $7 per month. Essentially, you’ll have access to Word, Excel and Powerpoint. As a bonus Microsoft is including 60 minutes of free Skype calls and 20GB of additional OneDrive. And you’ll always get the current version of Office because it’s cloud-based. In addition, there’s also the Office 365 Home Premium for $99 per year or about $8.25 per month. 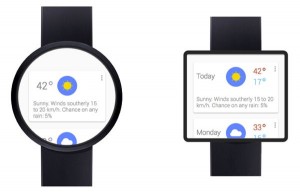 EvLeaks, well you guessed it, is leaking information about Google’s Smartwatch. The smart watch will have 1.65 inch LCD screen with a screen resolution of 280 x 280 pixels. The device will have 512MB RAM and 4GB of internal storage. Based on an artist’s rendering, Google may offer two designs, round and square. I say, go for the square one because every screen I’ve seen and known is rectangular. It will be very odd to see a round LCD screen.