Oracle just joined the cloud, when it recently announced it will start Oracle Cloud Office, which allows users to create and edit documents without the need for desktop software. The Oracle Cloud Office 1.0 application can be viewed on smartphones, but lack the editing features. It’s also compatible with Microsoft Office and Open Office and is based on the open ODF format. It’s unclear whether Oracle plans to charge customers.

On a side note, Open Office which is also managed by Oracle, will release Open Office 3.3 which integrates well with Cloud Office. The Cloud Office can also connect with Oracle Business Intelligence, Oracle E-Business Suite, and Microsoft Sharepoint making it well positioned for enterprise use. From the looks of it, Oracle’s vision for the cloud just got clearer.

Now, it has two office suites. One is open-source that resides on the desktop. The other resides in the cloud and geared more towards the enterprise.

I was reading this article in PC World called “Bank of America Buying Naughty Domain Names.” Apparently, the bank has been buying domains to protect its executives and directors from people who register offending domain names.

The bank has been feverishly registering domains that include the names of its directors and executives combined with “sucks” or “blows,” according to Domain Name Wire. Hundreds of domain names were registered by the bank on December 17 alone, Domain Name Wire said.

But, this just shows you, that money can’t buy everything.

Despite its domain buying spree, there is one domain that it can’t buy, and it’s probably the most important naughty domain of all: bankofamericasucks.com. 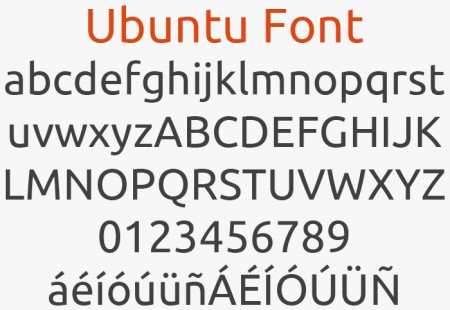 I have been checking the directory on occasion to see if there is a new font in town. To my chagrin, I was surprised to see the Ubuntu font family has finally made it to the Google Font Directory. Congratulations. This font will come in very handy in future projects.

If you’re not familiar with the Ubuntu font, you can visit the Ubuntu.com website to see it in action. There is also the Ubuntu Family Wiki that’s worth checking. It’s sleek, elegant, and open-source font that under libre-license. You will also find Ubuntu font also featured in the latest release of Ubuntu 10.10 Maverick Meerkat.

The Ubuntu Font Family are a set of matching new libre/open fonts in development during 2010-2011. The development is being funded by Canonical on behalf the wider Free Software community and the Ubuntu project. The technical font design work and implementation is being undertaken by Dalton Maag. Members of the Ubuntu core development team are packaging the font in .deb format. The font was released under a libre-licence and is now packaged in Ubuntu 10.10.

In addition, the Ubuntu font comes in different flavors.

The Ubuntu Font Family will include Regular, Bold, Light and Medium weights, with italics. There will be a Monospaced member of the family for terminal applications, as well as a Condensed version for space-critical applications. A total of 13 variants!

This is one font I can definitely work with in future projects.