For those of us who are Ubuntu lovers, we’ve come to love and expect the stability of Ubuntu. But, when something as simple as a login screen fails to load, all hell seems to break lose. That’s what happened to me. When I upgraded to Ubuntu 10.04, I noticed the default GDM login screen wasn’t loading properly.

I must say, a few times it did, but it hasn’t in more than two weeks. I’ve been an Ubuntu user since the Ubuntu 5.04 Hoary Hedgehog days. That’s 5 years, but when something like this is happening in Ubuntu, you start to wonder what in the world is going on. Something as simple as the login screen is failing. Is Ubuntu regressing?

Anyways, tired of login in and typing ‘startx’ every time I want to start Ubuntu, I finally decided to try and fix the issue. I didn’t think it was going to be a simple, but it turned out to be a simple fix. I hope. Crossing my fingers. I ended up removing GDM and re-installing it. So, here are the commands that you can run from the Terminal.

But, this fix was temporary. After a couple of restarts, I’m back to square one. GDM was still not loading. So, I ended up install GDM2 instead which gives you more options and functionality. To install you must add a repository first, run an update and install GDM2.

GDM2 seems to have fixed the boot problem. I said ‘seem’ because I still need to make sure this issue doesn’t come back like bad dream like the previous one. 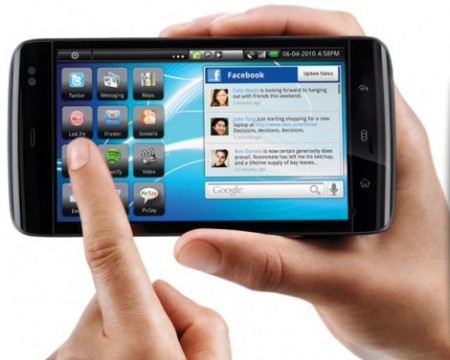 Introducing the Dell Streak. It’s a 5 inch go-anywhere entertainment, social connection and navigation device. For $549 and a 2 year contract with AT&T you can have a Streak which browse the web, watch videos, access social media Facebook, Twitter and more, Google Maps with navigation, and hundreds of other applications from the Android Marketplace. Oh yes, it’s an Android powered device. It’s too bad, just like the iPhone, it’s only available from AT&T. Will you get one?

I learned of Bettween while reading Matt’s post about the Thesis theme violating WordPress’ license, which has generated a ton of comments. One of the comments had a link which captured conversations between @pearsonified and @photomatt.

Bettween is great. The only thing is, you can’t track conversations with your friends or followers that have private Twitter accounts. Fair enough because of privacy issues, but this tool comes very handy.