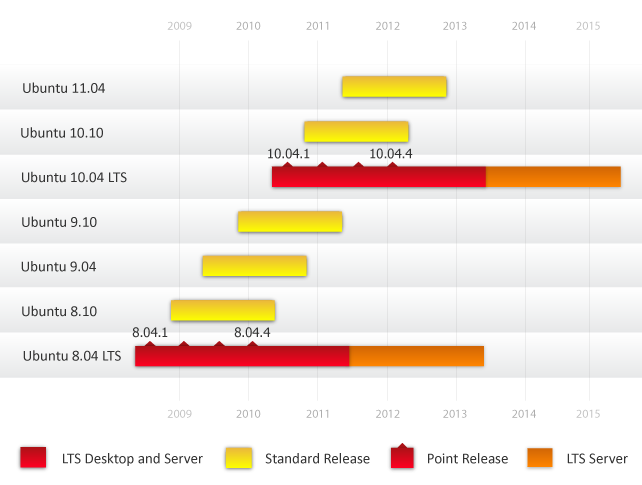 Cononical just released Ubuntu 8.10 otherwise know as Intrepid Ibex. It features the latest update from a series of releases from Canonical, the company behind Ubuntu.

There are 6 monthly updates for the long term support cycle. They are primarily bug fixes and patches with occasional feature enhancements. An upgrade will be available when the LTS release is available.

Companies who want to deploy the Ubuntu to their desktops should seriously consider Ubuntu’s LTS releases for its stability and reliability.

In addition, Canonical provides a professional support team for those wanting an enterprise-wide type of support.