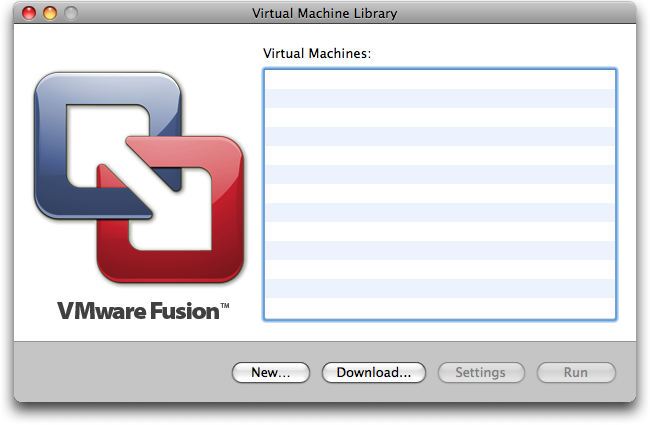 VMware Fusion brings another virtualization product running on a Mac. With VMware Fusion, Mac users can run Windows, Linux or any other operating system seamlessly on their systems. Maybe it’s a PC game or an application that you want badly running on your Mac. No sweat. There is no need to switch computers or create a dual boot system, just install VMware Fusion and create a new virtual machine. You can even run multiple virtual machines all running different operating systems as long as your Mac has the available memory and the disk space. On top of that, VMware Fusion has a snapshot feature that gives you the ability to rollback to your last saved state.

VMware Fusion is available for purchase online directly from VMware or from the Apple store, Appleâ€™s retail stores, Amazon.com, Buy.com, CompUSA, MicroCenter, and from over 3000 VMware partners worldwide. VMware is priced at $79.99USD.

You can also test the latest VMWare 1.1 for 30 days trial period. In addition, VMware Fusion 2 Beta 2 is now available for testing as well. Just remember it’s beta and that it may contain a few bugs. Fusion 2 is scheduled for release in a few weeks. If you are looking for open-source equivalent, check out VirtualBox by Sun Microsystems.