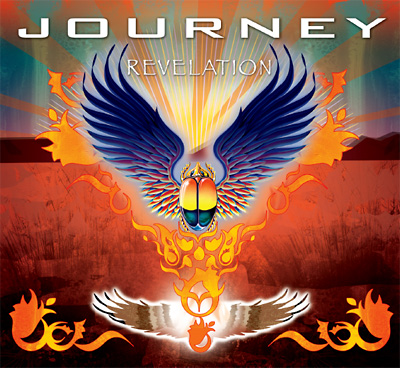 The album was produced by Kevin Shirley who was recently interviewed by ModernGuitars about the project. You can also read the New York Times’ review of Journey’s latest album. Idolator and Blabbermouth also joins the fray.

Whichever side of the spectrum you fall in, just enjoy the music because I think this one of the better Journey albums in quite a while. I picked up my copy today. I listened to the whole album. I think it’s very good.

I’m predicting ‘Never Walk Away’ and ‘After All These Years’ will be big hits this summer. Journey will be on tour in Europe in June, then will be back in the US and Canada from July to October. Better get your tickets fast.

Here are a couple more reviews: