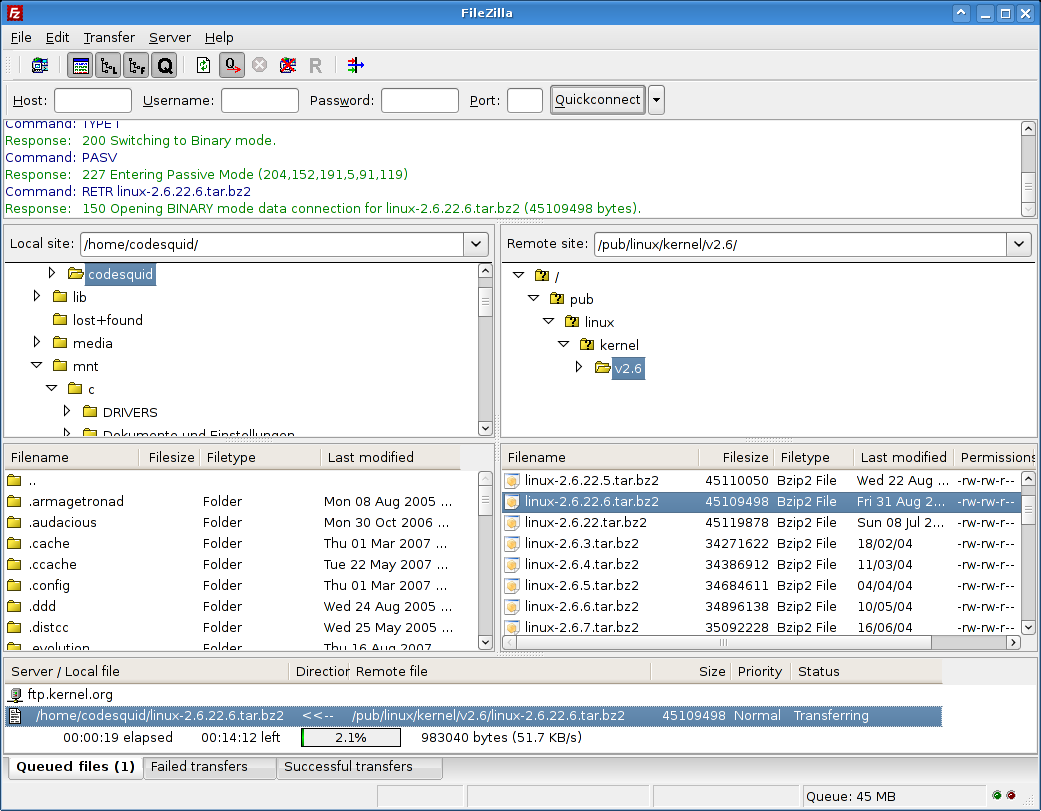 If you are looking for an excellent Gnome-based FTP client for Ubuntu, take a close look at the Filezilla, a free, open-source, GNU General Public License FTP client software.

FileZilla is a fast and reliable cross-platform FTP, FTPS and SFTP client, with lots of useful features and an intuitive interface.

Filezilla has both client and server software. The Filezilla Client runs on multiple platforms like Windows, Linux and the Mac OS, while the Filezilla Server runs on Windows only.

Some of its the client’s prominent features are:

Finally, here’s an interview with Tim Kosse, the lead developer of the Filezilla project. 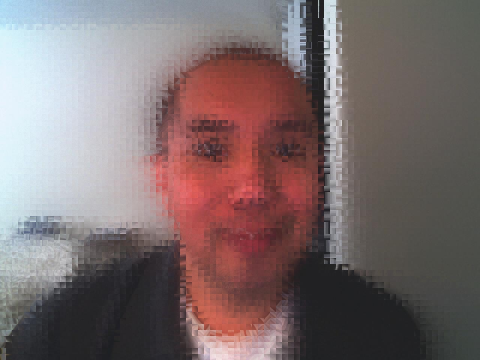 Ubuntu is a community developed, Linux-based operating system that is perfect for laptops, desktops and servers. It contains all the applications you need – a web browser, document, spreadsheet and presentation software, instant messaging and much more.

The latest Ubuntu version is Hardy Heron 8.04. There are two more days before Hardy Heron is released to the general public. If you want to know more about Ubuntu and its latest release, you can read more about it from the Ubuntu website.

For those not familiar with Ubuntu releases, you are probably wondering why Ubuntu jumped from 7.10 to 8.04. There is an easy explanation. Ubuntu releases are based on dates instead of incremental versioning format.

The Ubuntu community is committed to release a new version every six months. The latest version, Hardy Heron falls on April 2008, hence version 8.04. The previous release was 7.10 on October 2007.

3 Ways To Get Ubuntu

There are many changes since version 7.10. Here’s a quick rundown of the latest additions to Hardy Heron:

Speaking of Gnome 2.22, there is a cheesy program called Cheese giving you the ability to take pictures and videos from your web cam. It includes graphical effects like mauve, black and white, hulk, saturation, vertical and horizontal flips, vertigo, dice and warp. Here’s a sample photo with vertigo and dice effects.

To install the Cheese program, just type from the terminal: